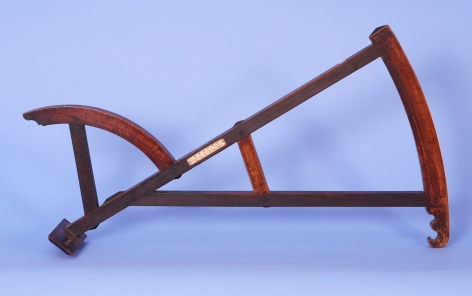 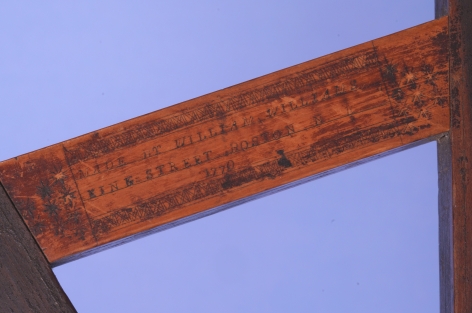 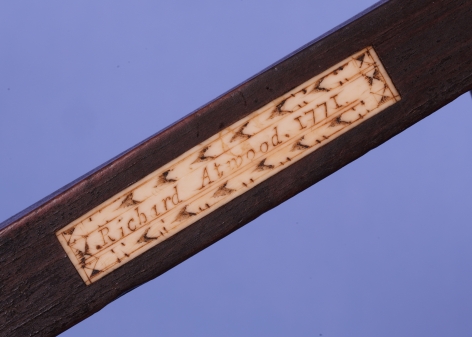 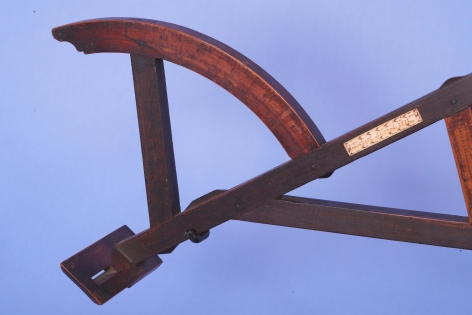 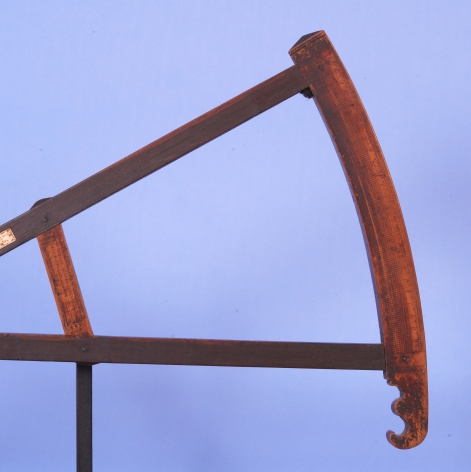 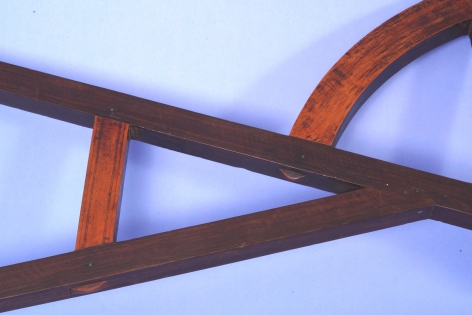 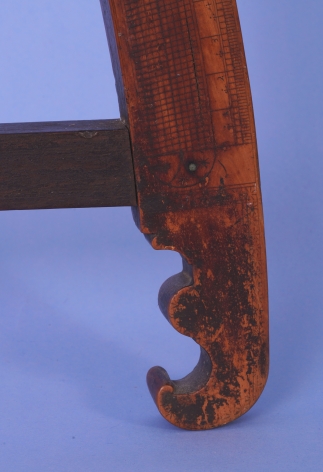 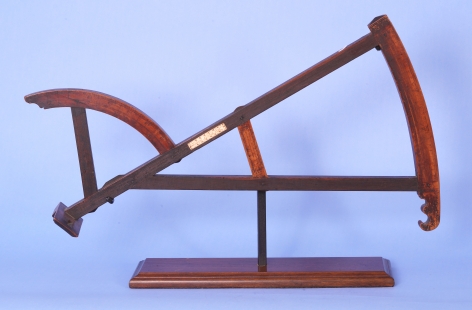 Boxwood and ebony backstaff signed on the boxwood cross limb 'MADE BY WILLIAM WILLIAMS KING STREET BOSTON 1770.'  There is an ornate bone insert on the horizon limb which is engraved 'Richard Atwood 1771.'  The instrument is beautifulkly crafted and has a typical engraved boxwood scale with a fancy hook on one end and a smaller arc with engraved scales on the opposite end.  The ebony limbs have paired scribed lines on both the front and back of the instrument.  There are decorative stars stamped throughout the instrument at opposite ends of the maker's signature.  The instrument retains the original horizon vane which is beautifully champhered. (I-852)

Condition:  The instrument has a deep mellow age patina and an original untouched surface.  There are a few minor age cracks. Reference 1:  Brewington, M.V., 'The Peabody Museum Collection of Navigating Instruments', Salem, Massachusetts: Peabody Museum, 1963, pp. 7, 144.  In the collection of the Peabody Museum is the only other known backstaff by William Williams.  This instrument has a similar signatures and is dated 1768 and has the bone plaque with the name 'Malchi Allen' and American shipmaster as early as 1743.  William Williams was born around 1748.  It is not known how he learned the instrument trade. During the American Revolution, he served in the Continental Army and was back in business making instrument in Boston 1783.  He died on January 15, 1792 and his business and shop sign passed to Samuel Thaxter. Reference 2:  Warner, Deborah Jean, Rittenhouse, 'Davis' Quadrants in America', Vol. 3, Issue 9, November 1988, p. 23-40.  This article describes and lists all known backstaffs.  The instrument described above was unknown at the time this chapter was written but it does mention the Williams instrument at the Peabody Museum. Note:  This instrument is apparently the only example of William Williams backstaff in private hands and is one of only two known.  Captain Richard Atwood was born in Eastham, Massachusetts in 1753 and died in Wellfleet, Massachusetts in 1809.  This is probably the oldest instrument made in the United States to be used by a Cape Cod sea captain.
Dimensions:  Length 24 1/2 inches; Height 13 3/4 inches.